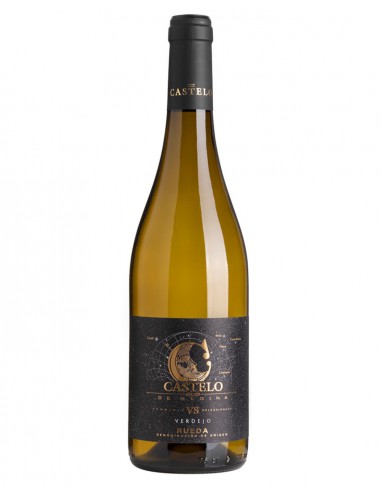 Castelo de Medina Verdejo Vendimia Seleccionada is aged for six months on its lees and then aged in French oak barrels for a further three months. Despite being a young white wine it is very nuanced and complex. The Bodegas Castelo de Medina winery, with 180 hectares of its own vineyards, extracts the Verdejo grape variety used to make this white wine.

Tasting notes: To the eye it is clean and bright. On the nose it can be defined as varietal, with the classic aromas of the verdejo grape such as apple, as well as spicy notes. In the mouth it is ample and dense, with fruit and spices making their appearance once again. Ideal for aperitifs and seafood.

We recommend serving between 8ºC and 10ºC.